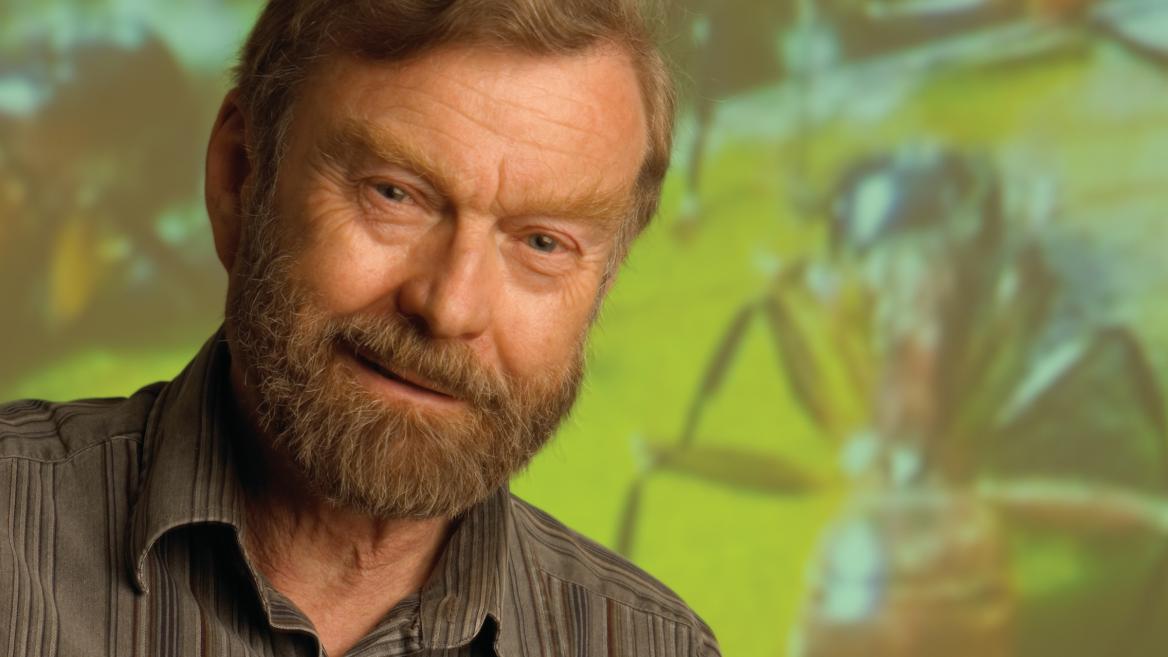 What ants tell us about human societies

Arizona is the one of the best places in the U.S. to study ants.

Some consider it the mecca for variety: There are army ants, leaf cutters, harvesters, honey pot ants and ants the size of chia seeds whose entire colony fits in an acorn.

Ants are also one of the factors that attracted professor Bert Hoelldobler to Arizona and Arizona State University’s School of Life Sciences. Hoelldobler is Pulitzer Prize-winning author of the book “The Ants,” co-authored with E. O. Wilson. He’s also published six other books and more than 325 articles about ants’ complex social networks, behavior and chemical communication.

Much lauded for his scientific achievements, Hoelldobler has received the Lorenz Oken Medal in recognition of his ability to talk about his life’s passion and foster a public dialogue around science.

“Without communication there is no cooperation or division of labor in any social system, be it a society of genes, organelles, cells or organisms,” Hoelldobler said. “My work is to disentangle the complex communication system in ant societies and through that discover and share much about ourselves.”

The Oken medal is the highest recognition bestowed by the German Association for the Advancement of Science and Medicine, founded in 1822. The award is named after German naturalist, philosopher and educator, Lorenz Oken, whose academic accomplishments, like Hoelldobler’s, combined natural sciences with public communication.

Hoelldobler’s impact has been extensive. His field research on ants has taken him around the globe including Argentina, Australia, Costa Rica, French Guiana, Germany, Finland, Kenya, India, Jamaica, Panama and Sri Lanka. In the U.S., he’s a Foundation Professor and Regents’ faculty member in the social insect research group (SIRG), a one-of-a-kind research and innovation powerhouse in the School of Life Sciences. He’s also an elected member of the American Academy of Arts and Sciences, the American Philosophical Society, and the National Academy of Sciences, in addition to six international societies of note.

Hoelldobler has also maintained strong research connections in Germany. In the last five years, he’s been awarded the Ernst Jünger Prize in Entomology, the Lichtenberg Medal by the Göttingen Academy of Sciences, the Cothenius Medal in Gold from the National Academy of Sciences Leopoldina, and the Roentgen Medal by the University of Würzburg. He was also awarded the Exemplar Award of the American Animal Behavior Society.