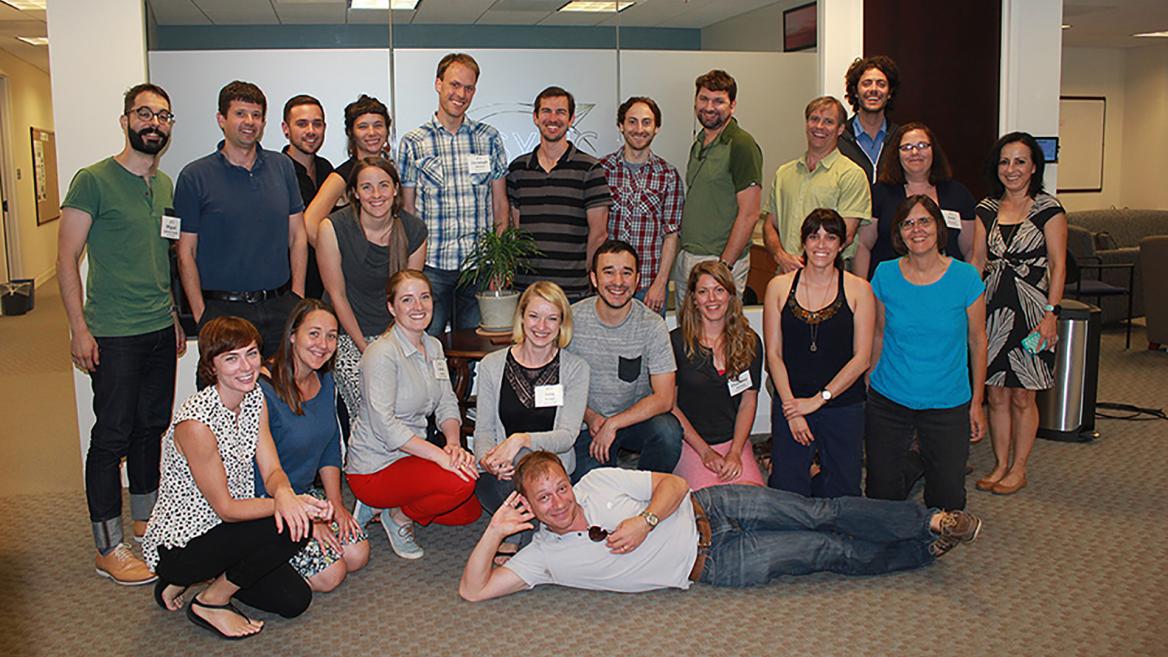 Graduate students affiliated with the Arizona State University's Center for Behavior, Institutions and the Environment were active this summer organizing a global network of emerging researchers in the field of social ecological systems.

Organized by Elicia Ratajczyk in the School of Human Evolution and Social Change and Ute Brady from the ASU Wrigley Institute, a team of ASU grad students prepared a successful proposal to the National Socio-Environmental Synthesis Center to host a multi-day workshop to feature graduate student-led research projects involving the synthesis of existing data investigating the theme of “Surprise in Human Adaptation to Environmental Change.”

The goal of the three-and-a-half-day workshop held in Annapolis, Maryland was to develop “a collaborative network of emerging researchers who will shape new directions in the study of social-ecological systems and common-pool resources,” said Ratajczyk.

The resulting workshop involved 71 remote and onsite participants, including graduate students, post-doctoral researchers and faculty from sixteen universities in five different countries. ASU and the Center for Behavior, Institutions and the Environment were well represented, with four graduate students among the organizers (Ratajczyk, Brady, Mar Mancha, and Mady Tyson), one faculty member (J.M. Anderies) and two former affiliates (Jacopo Baggio, who is now an assistant professor at Utah State University, and Allain Barnett, assistant professor at the University of New Brunswick).

In addition to the collaborative network that was developed, the group established a working group to support communication, resources, and advocacy for the network and an online collaboration platform using Slack social media and other internet-based tools. Several of the groups involved in the workshop have developed research agendas and outlines for the development of publications.

Marco Janssen, ASU professor and Center for Behavior, Institutions and the Environment (CBIE) director noted that the workshop was successful in a variety of ways.

“The graduate student organizers were innovative in the organization of the workshop by having various satellite meetings before the workshop to increase the productivity and impact of the actual workshop,” said Janssen. “This group [also] has created a network of researchers who will continue the legacy of the late Nobel Prize winner and CBIE founding director Elinor Ostrom, whose work inspired researchers around the world, many of whom have produced various and related datasets on social-ecological systems and common-pool resources which have yet to be organized.”