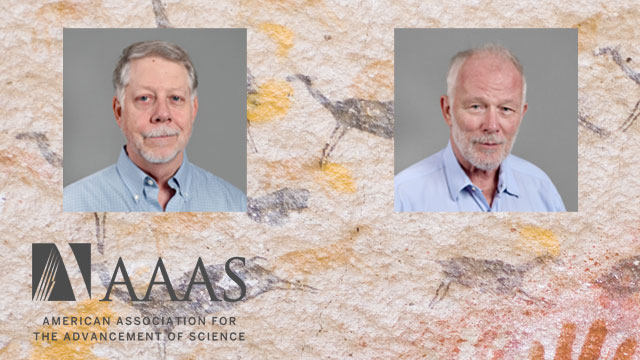 GBCI's C. Michael Barton and Sander van der Leeuw earned the lifetime distinction of AAAS Fellow, for their contributions to science and technology.

Michael Barton has been elected distinguished contributions to the field of anthropology (geoarchaeology), particularly using quantitative and computational methods to model socioecological system dynamics in small-scale prehistoric societies, especially in the context of hunter/gatherers and small-scale agricultural societies, with ongoing projects in the Mediterranean (late Pleistocene through mid-Holocene) and the American Southwest (Holocene-Archaic).

Sander van der Leeuw’s election is for outstanding contributions to the application of adaptive complex system theory in anthropology and the emerging field of sustainability. He is recognized as a pioneer in the application of the complex adaptive systems approach to socio-environmental challenges in the 1990’s, and in this context has more recently studied ancient technologies, ancient and modern man-land relationships and innovation.

They will be receive official certificates and rosette pins in gold and blue, colors symbolizing science and engineering, in a ceremony on February 15, 2020, during the AAAS Annual Meeting in Seattle.

Read more about their contributions and other ASU faculty who were recognized via ASUNow.