Center for Behavior, Institutions and the Environment / About Us / Elinor Ostrom 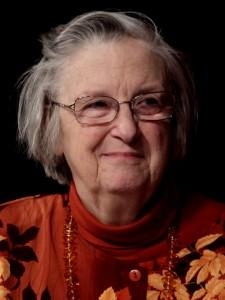 Elinor “Lin” Ostrom (August 7, 1933 – June 12, 2012) was the founding director of the Center for Behavior, Institutions and the Environment. She was also a part-time research professor within the School of Human Evolution and Social Change beginning in 2006. Her main appointment was at Indiana University.

Lin Ostrom was the 2009 Nobel Laureate in Economic Sciences for her work on governance of the commons. In 2012, she was also named one of the most influential people in the world by Time Magazine. Since the 1960s she pioneered the study of institutions of common resources with her husband Vincent Ostrom. In 1990 she published the book Governing the Commons, which provided an alternative framework of collective action based on empirical observations. In contrast to standard theory, which argued that privatization or governmental regulation is required to avoid a tragedy of the commons, she showed that resource users often are successful in governing their common resources. Furthermore, she proposed a series of design principles that coincides with successful self-governance. Ostrom also developed a theoretical framework (Institutional Analysis and Development [IAD] framework) to study institutional arrangements in general.

Ostrom championed a transdisciplinary, multi-method approach to address fundamental questions using different types of empirical data. In 1973, Lin and Vincent Ostrom started the Workshop in Political Theory and Policy Analysis at Indiana University, which is a model of transdisciplinary scholarship.

CBIE emerged out of the collaboration between Marty Anderies, Marco Janssen and Elinor Ostrom. They worked together since 2000 when they met at a workshop of the Resilience Alliance in Stockholm. Under the guidance of Ostrom CBIE has developed as a sister center to the Workshop in Bloomington Indiana.